Manchester United manager Jose Mourinho has revealed that he has no fresh injury concerns ahead of Thursday’s Europa League semi-final second leg against Celta Vigo. 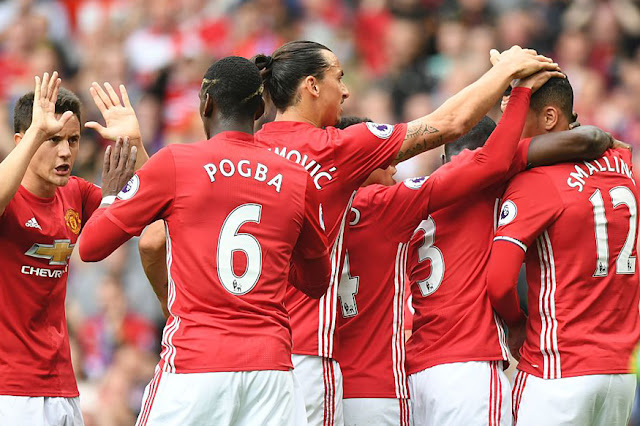 The Reds held a morning session at the Aon Training Complex on Wednesday in preparation for the match, with 24 players involved, including youngsters Axel Tuanzebe, Demi Mitchell, Matty Willock and Matthew Olosunde.

Speaking exclusively to MUTV, Mourinho revealed that the players (Tim Fosu-Mensah, Zlatan Ibrahimovic, Marcos Rojo, Luke Shaw and Ashley Young) currently out through injury won’t be able to feature again this season, but insists his side are otherwise “ready and fresh” ahead of the game.

“Since the last injuries, we know that nobody will recover on time, even to play the last match of the season, so the ones out will be out for the season,” he said. “But people are ready, fresh, with a big desire to play the game.

“I am proud because we have important injuries that have reduced the possibility of rotation, of turnover, of resting players, so the players are the ones that are present all the time since we have this problem. So, yes, I’m proud, but one more match to be in a European final – we must give everything we have.”

Later, during his pre-match press conference, Mourinho added: “The situation is simple. Seventeen matches in seven weeks with 16 players is impossible. It’s not a gamble, it was a simple decision, based on common sense. In April and May, 17 matches with 16 players, is completely impossible.

“So, since the moment we lost players, and we lost initially four of them in one week when we lost [Chris] Smalling and [Phil] Jones from the national team and we lost Zlatan and Rojo against Anderlecht in that moment and, after that, we lost boys that could be good alternatives – Ashley Young, Luke Shaw, Tim Fosu-Mensah. So, when we lost these players in a period of 17 matches in seven weeks, it was an impossible job. It was not a gamble, just a consequence of our situation.