Man United have No. 7 shirt, £100m set aside for Antoine Griezmann move 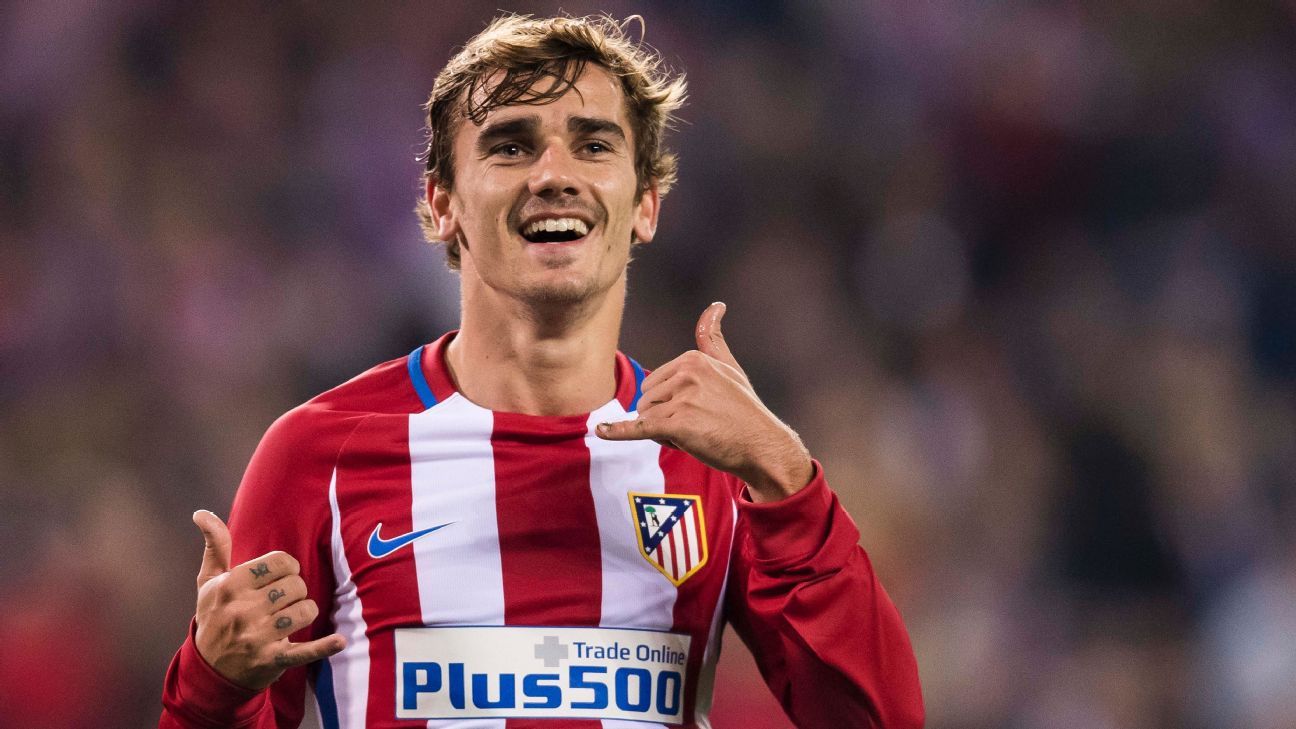 Have Manchester United given up hope of signing Atletico Madrid star Antoine Griezmann? Not at all, says the Star.

It reports that United “have left their No. 7 shirt free for a major signing — and have put aside £100 million in order to make it.”

The man in the frame for that big-money move is France international Griezmann, who was heavily linked with a move to Old Trafford in the summer but in the end opted to sign a new Atletico deal.

The Star says he remains “very much on manager Jose Mourinho’s wishlist” as United look to fill a shirt that has been graced by superstars including George Best, Eric Cantona, David Beckham and Cristiano Ronaldo over the years.

And the  Manchester Evening News concurs, reporting that United “believe their commercial strength will prove pivotal at a time when spending has escalated at a remarkable rate.”

It says that could be a key factor in next summer’s window, when Griezmann “will be back on Mourinho’s wanted list — and Real Madrid’s Gareth Bale will be too.”

Atleti, meanwhile, continue to be linked with Chelsea striker Diego Costa, with reports continuing to suggest that his arrival could bring about Griezmann’s departure.

Gareth Bale admits he should not have rushed Real return