Thought winning El Clasico i would have superpowers – Ernesto Valverde

Winning the clasico is something every manager from both Barcelona and Real Madrid team enjoys, but winning by a huge margin is something extra.

For the case of Ernesto Valverde, the 54 year-old Spanish has ever since been in happy mood after seeing his side thrashing arch-rivals by 5-1. 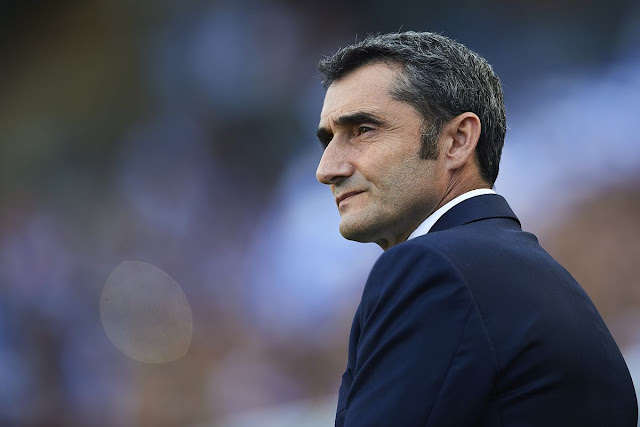 Speaking at a pre-match press conference, for their Copa Del Rey game against Cultural Leonesa

“I’m exactly the same as a week ago and the previous one, people are happier and that makes everything more calm,

“Though I’m disappointed because i thought i was going to have super powers now but no,”

Up next for Valverde and Barcelona is a trip to Leon, as they take on the Segunda Division B team Cultural Leonesa in their title defense of the Copa Del Rey.

Still my desire to play for Real Madrid – Paul Pogba