FC Barcelona manager Ernesto Valverde has said last season opponent (Levante) who spoilt their unbeaten record match will serve as motivation to his side when they meet tomorrow.

Last season which would have seen Barcelona ended the season unbeaten, but took a reverse turn as they were defeated in a nine goal thriller at the Estadio Ciudad de Valencia stadium. 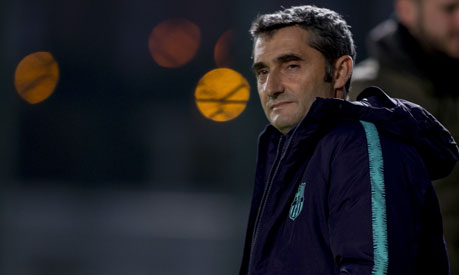 The 54-year-old coach told reporters during his pre-match conference said;
“They are a team with a clear identity. They are doing well and getting great results,”
“Their good form is a continuation of last season, when we suffered a lot when we went there and they were the only opponent who beat us.
“It won’t be hard to motivate the team though because we are playing for top spot.
“Maybe it isn’t a game like the derby last weekend but we know what happened there last season and that has to serve as an incentive for us.”
Post Views: 24

Chris Smalling renews his contract with Man United until 2022