Definitely it’s not going to be easy to forget in a while, as German stars Mats Hummels, Jerome Boateng and Thomas Muller will no longer be considered for selections in the German national team.

The three players who all took part in Germany World Cup winning team will no longer take part in any of Germany’s tournament after head coach Joachim Low revealed it today. 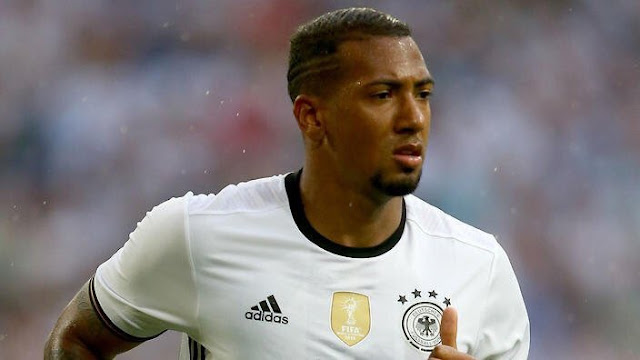 Reacting to this was the Bayern Defender Jerome Boateng on Twitter saying;

“German coach Joachim Low told me today in a straightforward interview that I will not continue to be part of the DFB team, and that he wants to offer young players the opportunity in the future. especially in view of the upcoming tournaments where the team wants to show a new face

“I am sad about this news because it has always been the greatest thing for me to represent my country. Nevertheless, I respect the new course and understand the decision of the national coach. 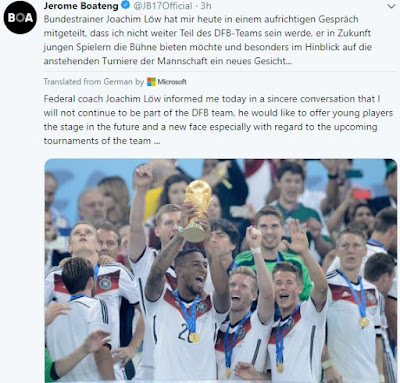 “I was young myself and reliant on older players to make room for me. Personally, I am convinced that I can continue to play at the highest level and will continue to do so in the future.

“I will always look back with great pleasure on the time spent in the DFB team. I have always been extremely proud to wear the jersey of the national team and I will never forget summer 2014 in particular. Of course, I would have wished for another farewell for us. Good luck of the team for the future!”

“My job is to run until I can’t run anymore, until my legs give way – Fede Valverde