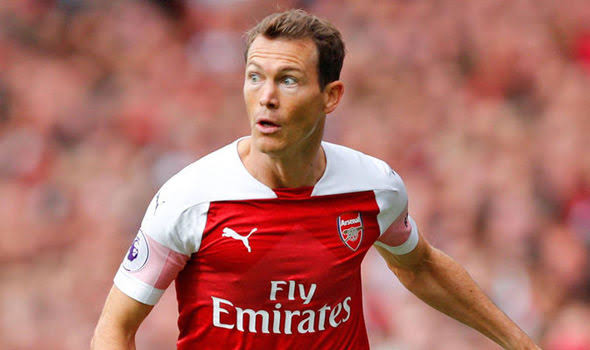 Stephan Lichtsteiner is unsure whether he will still be at Arsenal next season as his contract runs out at the end of this season.

Stephan Lichtensteiner 35′ joined Arsenal from Juventus on a free at the start of the season.

Despite holding contract extension talks,the player says he might seek option else where, as he seeks regular playing time for a possible chance in the Switzerland squad for Euro 2020.

“This will need time. The fact that I play at a top club at the age of 35 says enough. There have been talks [with Arsenal]. We have to see if it suits both sides,” he told Neue Zurcher Zeitung.