Former UEFA President and the founder of UCL, Lennart Johansson has died at the age of 89.

Lennart who introduced the UEFA Champions League during his 17 years reign.  The Swedish was elected president of UEFA from 1990 to 2007 in which the title was won in his country in 1992.

A confirmation by the Swedish FA, said he has been battling illness since and passed away on  Tuesday. 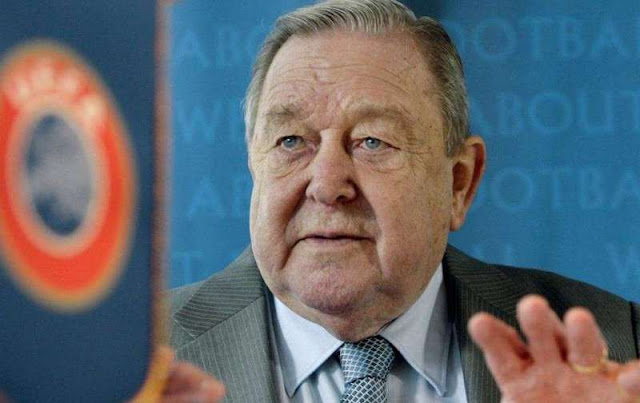 The Swedish Football Association President Karl-Erik Nilsson said  “Lennart Johansson was our biggest international football leader of all time, no Swede has had a similar influence on football in the world.

“He was deeply respected as UEFA president and vice president of FIFA, his leadership has aroused admiration worldwide.”
Also reacting to the sad news, FIFA president said;
“I am heartbroken by the news of the passing away of Lennart Johansson,” Infantino said.
“He was a friend and an invaluable source of wisdom and inspiration. I will be forever grateful for having had him as the president of UEFA when I joined the organisation in 2000.
“Since then, Lennart has always been a role model of professionalism and, more importantly, of humanity.”
Post Views: 33