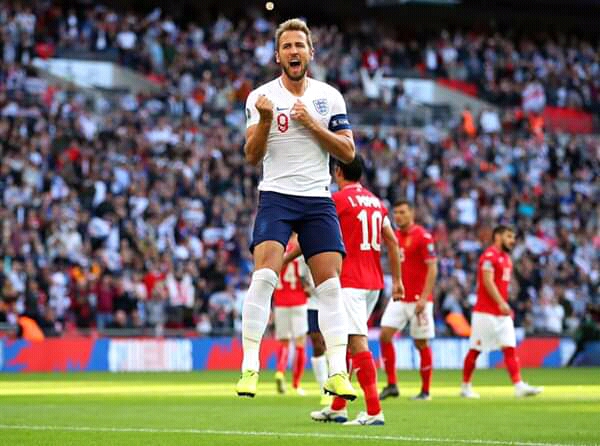 Gareth Southgate’s side put four pass Bulgaria at Wembley to maintain their 100% record in Euro 2020 qualifying.

England captain Harry Kane continued an impressive spell with the Three-Lions as he grabbed a hat-trick.

Raheem Sterling has been directly involved in nine goals in his last seven appearances for England (seven goals and two assists); as many goal involvements as he registered in his previous 33.

The Manchester City star was on the score sheet to help England see off Bulgarian side who haven’t won an away match in qualifying for the World Cup or the European Championship since June 2015 against Malta, drawing two and losing eight since then.

Harry Kane became the first player to score 25+ goals in his first 40 appearances for the England men’s team since Gary Lineker (27 goals). It was his 13th hat-trick for club and country (11 for Spurs, two for England).