Manchester United have confirmed Bruno Fernandes’s deal in an announcement on Twitter. 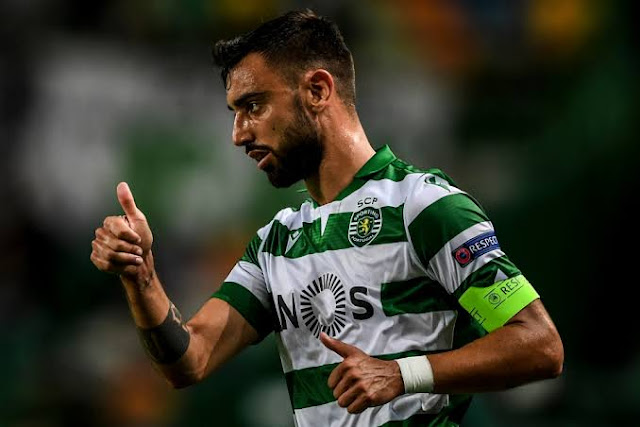 According to United, the deal is subject to medical and agreement of personal terms which they said would be announced in due course.

United who have long been searching for replacements to their midfield options, following the departures of Ander Herrera, and Marouane Fellaini, welcomes Fernandes to the squad in which they lack options, with Paul Pogba recovering from injury, Scott Matominay also out injured.

Both clubs agreed for a fee worth £68m for the 25-year-old, with United paying an initial fee of £46.6m upfront.

Sporting will cash in on £4.2m in appearance-related bonuses and the same figure if United end up securing a place in next season’s Champions League. 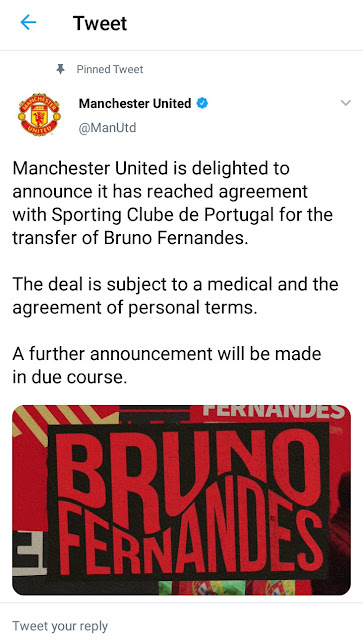 A fee of £12.6m will be handed over, if he (Fernandes) wins an individual prizes, and agent will receive £4.6m in fees.